Two weeks ago I wrote a post about how I had finished all the races I signed up for this year. To rewind a little bit: I had never considered racing before, in January my friend Meghan, from my indoor soccer team (which starts up Dec 4th!!), asked if I wanted to run the Reston 10 miler with her and her friend Kathy in March, and I said yes. I believe my longest run ever at this point was 8 miles and I did it in 2009, woops. Well I proceeded to increase my running a bit and ended up witha whopping 7 mile run under my belt (only once mind you) prior to this race. The race was great though, Kathy and I ran together for the first 8 miles and then I pulled away to finish out at a little bit quicker pace. Overall, aside from the cold, it was an awesome first race.

I can’t remember when or why but I found the Zooma half marathon shortly after and decided heck yes I can do this. Training for it gave me something to keep my focus on and an end goal for all the running I was doing. I really liked having something to work for and I was always focused on the next race. Now I didn’t run a race every month or anything but I still ran five 10+ mile races, not too shabby for year one! Well I took a little break from running over summer because of the heat and humidity but now I am back. I try to run 3 or 4 days a week for 3 miles at a time. While that’s all fine and dandy I kind of what a longer race to motivate me to start pushing myself a little harder.

Out of all the races I did the Zooma Half was by the most mentally challenging but the most rewarding. The Tough Mudders that I did were fun but it was more of a team spirit, get through it, type of thing. The half marathon was just run run run as fast as you can by yourself.

All of this racing soul searching has left me to wanting to do another half marathon! So far what I have found local is the Iron Girl Half in Columbia MD (4/28) and the Rock n’Roll Half in DC (3/16). I ran the Cherry Blossom 10 Miler in DC this year and really enjoyed running in the city so I think the Rock n’ Roll is a contender for sure. So blog / real friends, is any one looking to run a race in DC in March?! I find that in the long races I run better alone because you find a groove and you go with it, running with some one else typically means one of you are running a pace that isn’t perfect for you which means you get tired / sore faster. It would be fun to have people run it though to cheer and celebrate after. I haven’t conned my friends into making signs and cheering yet but I think it will have to be done for this one. Added bonus: I think people wear costumes! I am going to dress all sorts of badass. 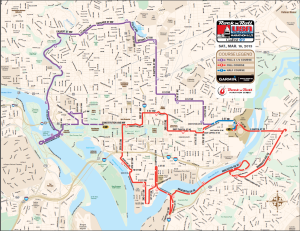 The course looks like it would be super fun, plus it is all over DC!! I am pretty sure I ran over that bridge for the Cherry Blossom race and it was beautiful! The full course looks way better though because you get to run on the river longer, the 26.2 miles is just terrifying to me though. I should do a marathon once in my life, just not sure if next year is the year for it, who knows.

Well that was long winded and indecisive but in the crafting of this post I think I just talked myself into buying some new winter running gear and training for the Rock n’ Roll half marathon. I also semi sweet talked my bf into saying he would do it with me if I so desire! While I know he will run whatever pace I need to run I am nervous I will push myself to be faster and in return burn out. He did the same MD Tough Mudder I did earlier in the year and was like “psh nbd I could do that in my sleep” so while I was optimistic for a minute that I would have the “leg up” on the distance thing I’m realizing now he is an all around athletic god,which I can not really compare too. Shucks.

And with that I am off on a run and to hit the gym, last parting words: Bring it Rock n’ Roll. 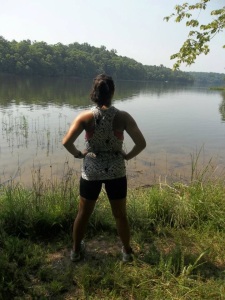 Q: Will you be running any races in the lovely capital of the U S of A in the coming year?
Q: Is there a race that you have completed that sticks our as your absolute favorite and why?