Earlier this week I put up a recipe for stuffed chicken and couscous. I used jarsleberg cheese and peas as the filling, it was good but it just opened the possibilities of so many other filling combinations! So last night I ended up doing extra sharp cheddar, broccoli and southern spain pinchito spice. I followed the same time directions as the original recipe. I changed up the couscous a bit too bit first for the pictures of the chicken. Because let’s be honest, a picture speaks way more than anything I can write. 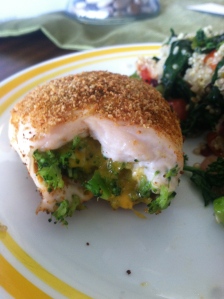 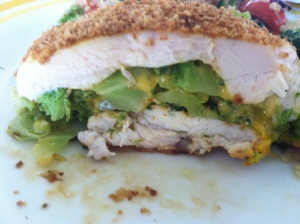 Yum Yum Yummm! I really liked this combination! My piece of chicken was a little bit too small though so I lost a lot of cheese in the oven unfortunately. Don’t  worry I will never let that happen again… Now for this chickens companion I did couscous with a whole heck of a lot of extra stuff. So start by preparing the couscous like the package tells you. AKA 1 part couscous, 2 parts water, boil, cover, reduce and simmer for 15-20. Meanwhile in a pan start sauteing your favorite variety of onion in some EVOO. Mine in red so that’s what I used, it was about an 1/8th of a big onion, so a decent amount. Let those babes cook until they are starting to turn brown. I had some left over broccoli so I threw that in the pan as well once the onions were brown. In addition put in a healthy scoop of minced garlic, a few split cherry tomatos, big hunk of spinach and a healthy serving of sea salt and fresh cracked pepper. Mix every one up so the garlic doesn’t burn and so that your spinach wilts away. Once all of this look fabulous (hopefully about the same time your couscous is done) remove from heat and add to your couscous pot and mix around. My timing wasn’t perfect so at this point I actually removed the veggie mix from heat and hopped in the shower to let the chicken and couscous finish. FUN FACT ALERT — The only times I have successfully made rice or couscous was when I showered, why might you ask? Because I’m busy and not screwing with the aforementioned goodies. I have a bunch of parsley in the house from the salmon I made earlier so I tossed a little on top of the couscous as well. And now for pictures!! 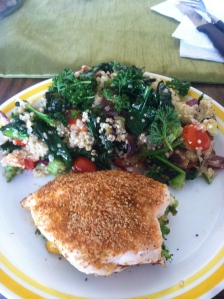 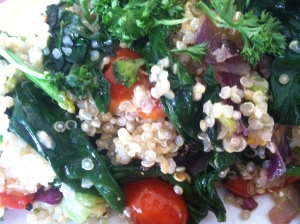 What’s crazy is that is only a 1/4 of a cup of dry couscous! But when you add all the other deliciousness it ends up being a ton! I also don’t use very big plates, this one is about 6 inches wide (of food space, not including lip). A smaller plate really makes you feel like you are getting a ton of food. If I put this on a large dinner platter it wouldn’t look as filling, but trust me it is!!

Now for running! After that epic fail of a run on Monday I ended up doing a brisk 3 miles (25:30) and stopped at the half way point to do some body weight stuff. I found a picnic bench in the perfect spot and did 3 sets of a circuit of push ups, dips, sit ups and squats. 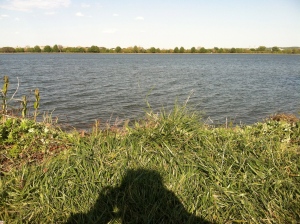 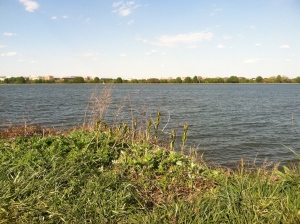 {if you look closely you can see the capital building} 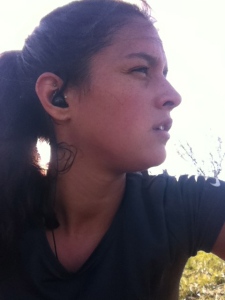 I rounded out the day with a rousing corn hole competition for a league I’m in. I’m still not totally healthy so no booze for this gal. Still had a blast even though we were all freezing our butts off. Plus we did really well so that’s always encouraging for the first season of the game!